RACE: Rocket Arena Car Extreme is an intense racing gaming and it’s one of the best I’ve seen in a while after Death Race. This game is very cool to play and there are lot’s of features and a lot of actions in it.

More Games For You:

Rocket Arena Car Extreme is a racing game where you’ll be racing against other players (Offline) in Monster Trucks and these trucks are equipped with weapons and nitro and while racing you can destroy your competitor’s cars and also perform different stunts while racing.

The game is offline but sometimes it requires an internet connection to download maps and also unlock new missions and levels. And the game has a lot of features stacked up ready for you to enjoy.

BEST ARENA RACE VEHICLES – There are up to 6 different monster trucks in this game, you’ll start the game with a monster vehicle called Viper and you can carry out different upgrades on it, then as you progress in the game, you can unlock other trucks like Annihilator and Reaper. Every truck has its unique cards and you need to gather them all one at a time.

VEHICLES LEVEL-UP SYSTEM – You can level up your Vehicles from Level 1 to 30 and as you level up them individually, you will experience an increase in their performance rating and they’ll also gain more attributes compared to before. You can apply body kits on Trucks and they also have special attributes you can also apply on them, you can mount Tesla Coil, Rockets and so much more.

REALISTIC 3D GRAPHICS – Depending on the type of Android device you’re using, this game has an optimized graphics option for all supported devices and it has a smooth graphics display that comes in 3D and you can also change the graphics mode from settings and also apply HD graphics or even ultra graphics on it. Every display and action in the game are all Optimized in 3D graphics.

You can use the links below to download this game on your Android device, and I’ll also be uploading a gameplay video of the game on my Android device. 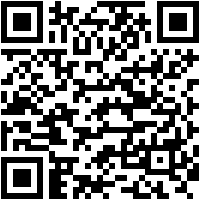 How To Install RACE On Android