Cloud Gaming Apps have brought a new way to how we play games since its introduction some years ago and nowadays games have been made available on different cloud gaming platforms, back then our focus was on console games and games made for PC users.

It’s not everyone that can afford a gaming PC or even a gaming console, and we all know these two machines have the best games one would want to play. But thanks to Cloud Gaming, you can now play Consoles and PC Games on Android and iOS. This has been made possible with the help of Cloud Gaming Apps.

In today’s article on LegitBrain, I’ve handpicked a couple of apps that offers cloud gaming and with these apps you’ll be able to play High-end PC and Console Games on your mobile phone. But your Android or iOS device must also be high-end and you must have a good internet connection for these games to play smoothly.

List of the Best Cloud Gaming Apps For Android & iOS

Gloud was the first Cloud Gaming App I ever came across, and at that time it was the best and had no competitor’s around. This app took gaming on mobile phones to a different level. It had almost all the games you wished to play.

The Gloud app supports PC games, PS4 Games, and even Xbox games were present and you can also play these games with PS4 or Xbox controllers while connected to your Android device. It’s a very good Cloud Gaming App and also one of the best Cloud Gaming Apps for Android Devices. Netboom is another Cloud Gaming App you should try on your Android device. If you’ve ever wondered how you can play the latest PC and Console Games without having a PC or Console, then the Netboom app is what you should install on your device.

With Netboom you can play the latest PC games on your Android device, and this app delivers these games in moderated graphics and brings out a smooth gaming experience you play your favourite games on it. It charges for its games but they’re very affordable and you can also use controllers with the app. Netboom is one of the best Cloud Gaming Apps out there. Google Stadia was announced around 2019 and it held the title for the next generation of cloud gaming and that got everyone excited about the new upcoming project from Google. While it has been around, it has made gaming easy for a whole lot of people.

Google Stadia doesn’t work on all Android devices but if you’re using Google Pixel, OnePlus 7+, Samsung S8+ and other Samsung latest devices, you’ll be able to use this app. On Stadia it is required you have a strong internet connection and also it charges for a monthly sub of $10.

Vortex Cloud Gaming is currently under development and this makes it very unstable while games are being played on it, but one good thing about this app is that it has a lot of games and these games are available for a cheap price. One good thing about this app is that it’s available not only on mobile but also on Windows and iOS. So if you have a PC with low specs you can still play some of the unsupported games on your PC using the Remotr Cloud App. Remotr is one of the best Cloud Gaming Apps you can trust.

GeForce NOW is an app that’ll let you play all the legendary GeForce Games on your Android device and it’s one of the best apps to do that because it offers a top-notch cloud gaming experience on Android. GeForce Now was developed as a back up plan for games to switch gameplay from their PC to their Android phones if they’re off their PC for a while. They can login to their GeForce account and continue where they left off.

NVIDIA GeForce NOW works with Android devices with at least OpenGL ES 3.1 and also requires a very fast internet connection. GeForce NOW is one of the best Cloud Gaming Apps and it has plenty of features and it also gives a smooth gameplay experience on Android.

Ztream is another cloud gaming app you can download on your Android device, and even though this app hasn’t been updated much since 2020, it’s still serving Android users a smooth experience to play PC games on their Android device. On this app you can play over 30 different PC games in high quality, the app also supports multiplayer mode for games that requires multiplayer.

Ztream Cloud Gaming offers a lot of features, you’ll only need a very stable internet connection if you want to enjoy playing games on this app and its an app that uses the device hardware to operate, therefore it won’t occupy space on your Android device. It’s a very good cloud gaming software and it’s one of the best Cloud Gaming Apps out there on Android. 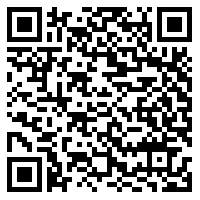 Torquee is another app that takes cloud gaming to a whole new level, despite the fact that this app is still in Early Access and not yet working perfect on all Android device, it is still delivering some quality cloud gaming experience to Android users who have installed the app on their Android device. Torque offer over 200 different cloud games on Android, and with a smooth internet connection, you’ll be able to play these games.

Torquee makes cloud gaming really easy because it doesn’t charge much for users to play games for any duration, it has cool features and it’s onscreen controls will let you play any PC game without stress. You can also use gamepads because it supports offscreen controllers as well. 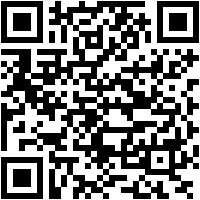 Rainway is not much like other cloud gaming apps I’ve listed above, rather it’s an app that’ll let you stream the games you have on your PC and play them on your Android device anywhere you are. This is an alternative to play your PC games when not at home or anywhere close to it, it also saves the cost of paying for games on some cloud gaming platforms.

To use Rainway on your Android, you must first download and install the PC version, let it read all the games in your library, then you can now sign in on your Android device and stream these games anytime you want. It also supports controllers and it’s very easy to use. 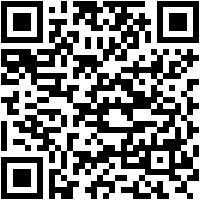 Moonlight Game Streaming is very similar to Rainway and they offer almost the same features. But Moonlight is a little bit more advanced because it’s not just the games on your PC that you’ll be able to stream on your Android. You’ll also be able to use gamepads from PS3, PS4, Xbox 360, Xbox One, and Android to play these games.

Moonlight Game Streaming will let you stream games from NVIDIA GameStream-compatible PC on your local network or the Internet using NVIDIA GeForce Experience. It’s almost like using the NVIDIA GeForce Now app all over again. It’s a very good app and it’s one of the Best Cloud Gaming Apps on Android. With the cloud gaming apps I’ve listed in this article, you’ll be able to play PC and Console games with ease and won’t be worrying about not having a gaming PC or a console. Just pick one of these apps, install it on your Android device and pay for a monthly subscription and begin to enjoy some of your favourite games without stress.