There’s a lot to expect from this game and its graphics is one of the main reasons why you’ll love to play it on your Android device, the controls are okay as well and there’s a lot of features to expect as well.

Vive Le Football is a soccer game developed by NetEase and this game is a top game where you’ll be leading a professional football team as they embark on a journey to reach Pro League and also challenge the best football teams out there. There’s a lot of real-life players and football clubs present in the game, it’s really addictive and its graphic is lovely.

Vive Le Football is quite different from any football game you might have played on Android before, and this game doesn’t set limits to what you can do in the game, you can use real football teams and players, there are real football stadiums out there that can be used as a venue, there’s a lot to expect from this game.

Is Vive Le Avaialbe for iOS?

Yes, it is. But you can’t download it directly from the apple store, but there’s a way you can download and play Vive Le Football on your iOS device and I’ll be writing about it in one of my articles soon. The game is also available for Windows users as well.

Street football features gameplay where you’ll be using 3 of your best players to play against another player who is using 3 of his/her best players. This game mode is one of the best to play on Vive Le Football, you’ll be playing on different street courts and it’s always exciting.

The Story Mode is the longest of the game modes on Vive Le Football, in this game mode you’ll be creating your team and you’ll take them on a journey where you’ll have to play from amateur leagues before getting to the professional league, this mode also lets you train and upgrade your players. 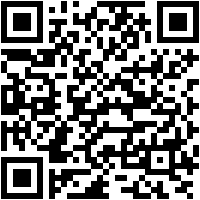 How To Install Vive Le Football APK on Android?

Note: The Apk and obb file of this game is in .xapk file format, therefore you’ll need to download XAPK Installer App on your Android device

That’s all on downloading and installation Vive Le Football on Android, the installation steps are quite easy and straightforward but if you’re facing any errors while installing the game, kindly leave a comment below and I’ll get back to you right on time.